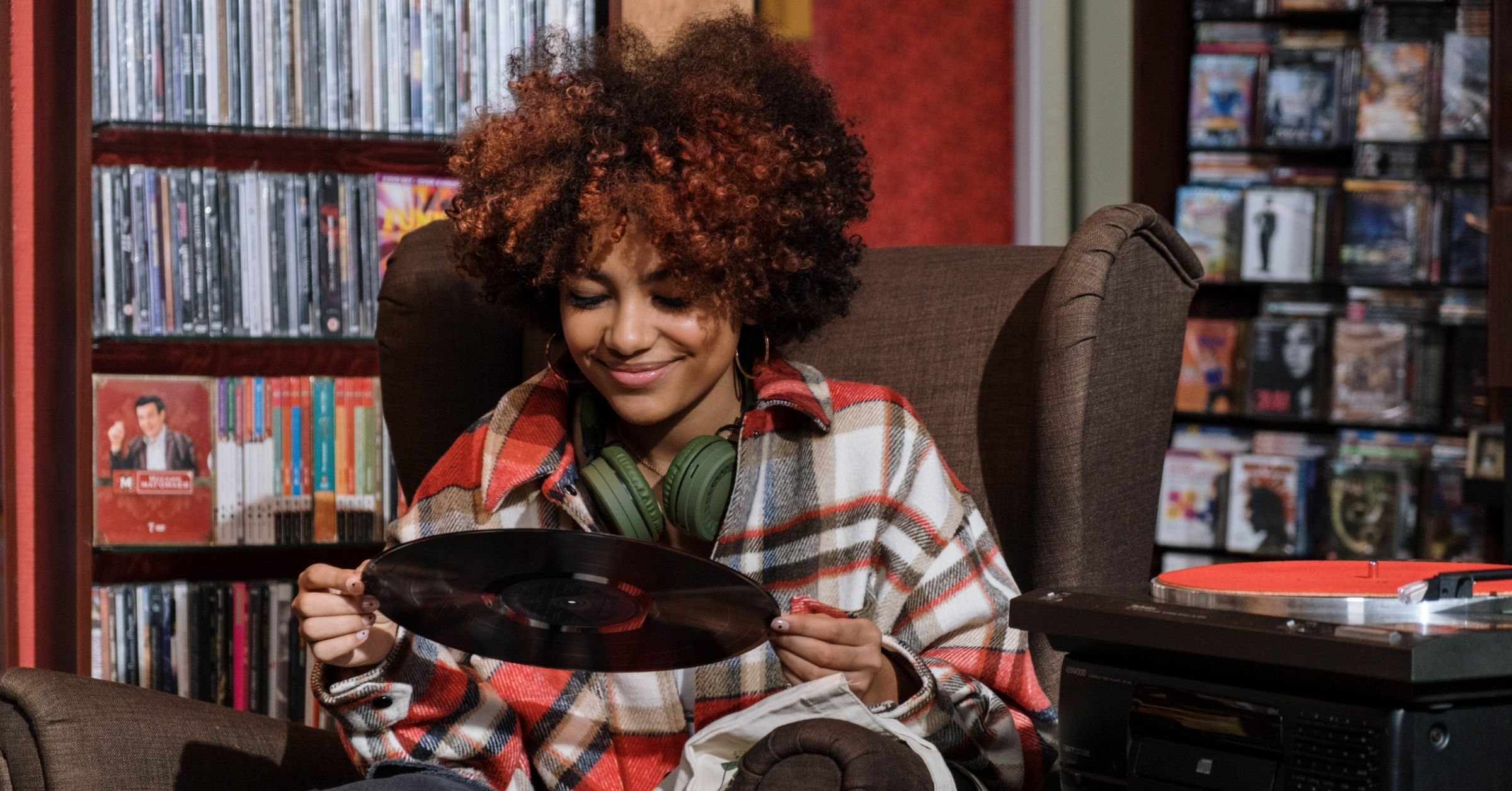 If you’ve never bought a used record before, you may not be very familiar with the vinyl record grading system. Essentially, this is a system that describes the condition of both a vinyl record as well as the album cover. When people are interested in buying used records, they want to know what they’re paying for.

Let’s take a look at why this system matters and how it works!

What is record grading?

Vinyl record grading is the system in which a record’s physical and visual quality is evaluated. The system scores records from Mint (M) all the way to Poor (P) and is widely used in aftermarket used record sales.

The vinyl grading system is comprised of six major categories:

Each grade has a distinct implication. It’s worth noting, that sometimes this system can be subjective, so there’s not a 100% consensus on how each record should be graded. Sellers grade their records by their own judgment.

Luckily, vinyl websites like Discogs and Goldmine have established a standard that most resellers follow. Let’s take a look.

There’s a joke in the vinyl community that mint record has the rarity of a unicorn – always spoken about but never actually seen. Mint condition vinyl are very rare records in absolutely perfect condition.

It’s worth noting that just because a record has not been opened doesn’t mean it’s in mint condition. Even unopened records suffer from wear and tear due to transportation, shelving, etc.

A near mint record should look like it was just purchased that day. The album picture sleeve is without fades, cracks, or creases and can be factory sealed, though that’s not always required.

Near mint records should play as if they’ve never been played before. There’s no surface noise or spindle marks present whatsoever. The record itself should also appear to be shiny as if it has never been played.

NM records could have been played before, but they must be played on a high-quality turntable that would not have contributed to groove wear.

When it comes to age, the older the record, the more difficult it is to be considered near mint. The same standards apply to old records as apply to new ones. That’s why an old NM record is so valuable.

Very good plus is where most records that are well taken care of fit. A good way of thinking about VG+ is near mint with a few minor signs of wear.

VG+ records may have light visible scratches that are barely noticeable and don’t affect sound quality. These records can even have slight warps or signs of manual handling. The center hole around the label should still be a perfect circle.

VG+ covers should be absent of any major wear. Generally, light ring wear and a small scuff on the seams of the cover are acceptable, but nothing more.

VG records have the same issues VG+ records have, but more drastic. These vinyl records can be great for the record collector on a budget as they typically are worth 25% of the near mint value.

VG records generally will have more obvious flaws than their VG+ counterparts. Sometimes these records can be faded with visible groove wear and light marks across the surface. A VG record will have noticeable surface noise and you may hear some light pops and scratches. While some surface noise is acceptable, this should not disturb the overall listening experience. Oftentimes, running the vinyl through a record cleaning machine is enough to clean up most of the surface noise.

VG record sleeves will show definite signs of use with visible ring wear, seam splits, labels, and even minor writing on the cover. It’s worth noting though that the covers should still look intact and of decent quality.

Good records (also contains sub-grades of Good Plus (G+) to Very Good Minus (VG-)) are typically very used records, but still not in horrible shape. These records can be played on a turntable without skipping or damaging your needle.

Good records do tend to have significant surface noise, especially in soft passages when the music cuts out such as a song’s intro or end.

Good to VG- covers will have significant ring wear to the point where the original cover may not ever be able to be seen. There are prevalent seam splits are multiple sides of the cover. These sleeves may even be from an audition record or promo LP that a radio station used.

G to VG- records are often sold at a bargain price, but if you’re looking really enjoy the sound quality of vinyl records, we suggest buying something VG or above.

Fair and poor records are at the bottom of the bin. These records are badly warped and have deep scratches that cause major noise issues and even some inaudible marks during playback. Many dealers will not ever sell these records considering how much that negatively impact the listening experience.

Fair to poor records will have seriously deteriorated album covers or no cover at all.

Be warned, these types of vinyl records can damage your record player upon playback!

What to look out for

While record grading can help you determine the difference between a near mint and a very good record, it doesn’t account for everything. Here are a couple of things to be on the lookout for.

A promo LP is a vinyl record that was not meant for retail sale. These could have once been used on the radio, in a jukebox, or in a club or bar.

Promotional vinyl records usually have one of the following on the cover:

Just because a record is a promotional copy doesn’t make it a bad record. These records are still collectible and playable just like any other record. However, it should be disclosed that the record is promotional first and foremost.

Sometimes, vinyl sellers will re-seal albums to make them appear Mint or Near Mint value. We suggest you be careful when purchasing any sealed record because of this.

Imported vinyl records are a market of their own and don’t generally adhere to the record grading system outlined above.

Here’s how you know if a release is an import:

It’s worth noting that some released versions from Great Britain or Japan are highly sought after, so that’s not to say the imports have no aftermarket value. Their value will be dictated more than simply their condition.

Keep in mind that grading records is subjective

Whether you’re buying or selling records, unless the record grading is officially certified, it’s in the eyes of the appraiser.

If you’re in the market to buy a used record online, take a look at the seller’s reviews. Do people mention them over-scoring their grades? If so, you might want to ask for additional photos, ask for a price reduction, or just forget that seller entirely.

If you’re selling records online, honestly is the best policy. Overstating a record’s condition will likely cause you more headaches than you’ll get in return. Many record collectors know exactly what they’re looking for, so selling them a poorly graded record will likely just destroy your reputation as a reseller and cost you business.

Is there a company that grades vinyl records?

Yes! Audiophile Archive and Grading Services (AAGS) is a company that will professionally clean, inspect, and grade vinyl records.

They’ll also do other cool things such as certifying the grading, encapsulating, and recording a digital file for backup. If you have rare records or special high-quality vinyl you’re considering reselling, we suggest getting an AAGS certified recording grading.

The word of record grading is a wild one. A seemingly minor blemish on a record’s cover can be all it takes to take it from Near Mint to Very Good Plus – or even worse. Before buying used vinyl, it’s best to get familiar with the record grading scale to know what a fair price is. Additionally, it’s never a bad idea to contact the seller directly with additional questions.

We hope you found this guide to be helpful!