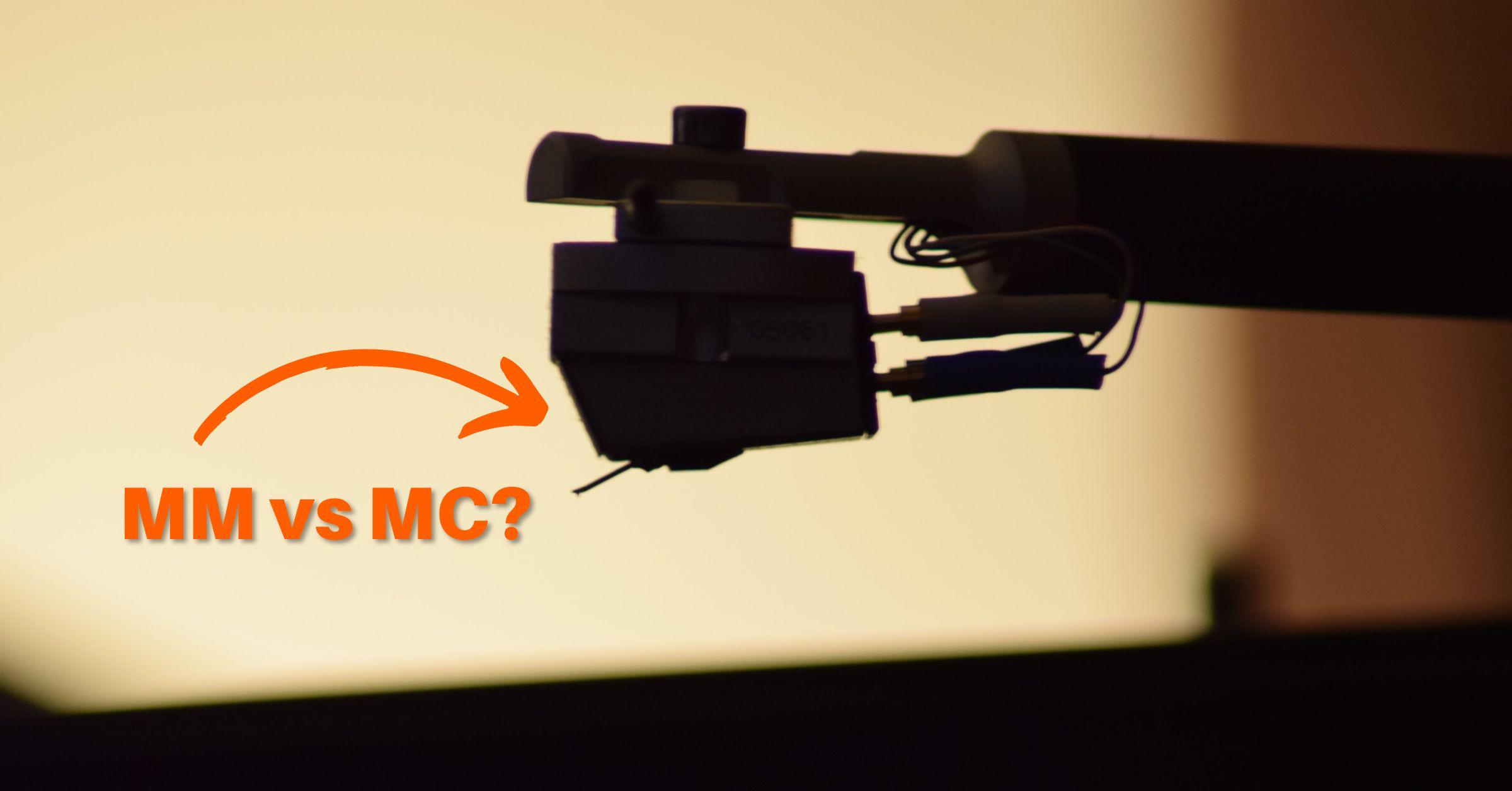 When it comes to phono cartridges, there are a lot of options to choose from. On top of the different brands and model numbers, you have moving magnet and moving coil cartridges which seemingly split you into two separate camps. While the differences can seem daunting at first, it’s relatively simple to understand in a couple of minutes. Let’s take a look at the differences between a MM vs MC cartridge.

Difference between MM and MC cartridges

Inversely, a moving coil cartridge (“MC cartridge” for short) is the opposite, containing a coil that moves between two magnets.

Still a little confused? That’s okay. First, let’s get into how phono cartridges work so we can better understand the advantages and disadvantages of MM and MC cartridges.

Phono cartridges have either a magnet or coil mounted to the top of their stylus cantilever. As the stylus rides along the grooves of the record, it moves the coil or magnet up and down which creates a small amount of voltage.

This voltage, also called phono signal, is then amplified through a preamp and sent through further amplification so it can be played through speakers.

Every cartridge type has a magnet and a coil, this difference is where the magnets and coils are mounted.

MM cartridges are moving magnet cartridges, this means that a magnet is attached to the top of the cantilever – the small metal rod that rides along the record’s grooves.

As the record plays, the magnet moves between two fixed coils to produce voltage which is then sent through a phono preamp and amplified further before being played through speakers.

MM cartridges are the most common types of cartridges because they tend to be priced lower and have more compatibility with preamps. If you purchased a new turntable under $1,000 and it came with a phono cartridge, odds are it has a MM cartridge.

MM cartridges have a few key benefits that make them great for a beginner to intermediate vinyl lover.

While many people prefer MM cartridges for the advantages listed above, that doesn’t mean they’re right for everyone. Let’s take a look at why.

MC cartridges are moving coil cartridges meaning a coil is attached to the end of the cantilever. As the cantilever rides along the groove of a spinning vinyl record, the coil moves in between two magnets and creates voltage.

The electrical signal is then passed along to a phono preamp for preamplification before being further amplified and then played through speakers.

MC phono cartridges are less common than their MM counterparts and tend to be more complicated, delicate, and expensive. That being said, an MC phono cartridge pulls out sonic details of records that an MM cartridge simply isn’t able to do.

As mentioned above, MC cartridges have benefits that their moving magnet counterparts can’t replicate.

While on paper an MC cartridge sounds great, there are reasons why they aren’t the most widely used cartridge.

So which is better: An MM or MC cartridge?

MC cartridges will provide the best sound quality possible, but require dedicated preamps that come at an additional cost. MM cartridges are available for cheaper but do provide the high level of detail the MC cartridges do.

Of course, high-end MC cartridges will outshine any MM cartridge, but at what cost? Many audiophiles are perfectly happy with a high-quality MM cartridge that can be purchased for a fraction of the cost of an MC cartridge.

Our recommendation: If you’ve only been interested in vinyl for a few years, focus on upgrading your turntable, speakers, and phono preamp first before looking for a new cartridge. While picking your turntable and preamp, make sure they’re both compatible with an MM or MC cartridge, that way, regardless of your next cartridge, you’ll be able to play with no problem.